The following games can be found at http://lashdl.itch.io/

We made new assets and levels, while making tools to let the process of creating levels smoother than it had been before. The enemy behaviors were revised and we added keycards and two new weapons that the player can pick up and use.

My roles in this project involved

Santa Battle Club was made over the course of a month while working full-time. I wanted to make a four player competitive game where the goal is to deliver as many presents as possible to a chimney. Up to four Santas can battle it out on a rooftop where presents spawns randomly. Players can throw or drop presents and you can take your enemies out to get a better spot in the ranks.

Gracie & Mike came to the world during September, 2014.

The game is a co-op game where both players will have to work together to make progress and save the world from an evil spider robot.

Inspired by old action movies and old NES Games we made this entry for the NESJAM in around 3 weeks while working full-time.

My roles in this project involved

Small project I did in boredom. Inspired by the Corgi Flop video from youtube I wanted to make a quick game where the player should see how far he/she got by running and jumping at the right time. Initially it was supposed to have been a joke where the player always would jump an amount close to just leaving the bridge that Super Corgi launches from – just like the video. 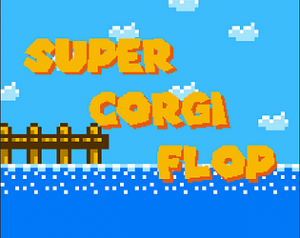 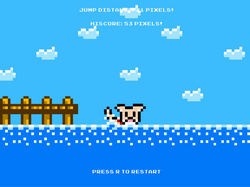 Small project I did for GBJAM. The player takes the role of a kindergartner with a love for pirate stuff. The game was made with the thought of a jerk kid who is so much into playing a pirate that he ends up beating up the other kids in the kindergarten.

Made over the course of a weekend.

Death will try to kill you at the same time so keep on moving. The baby is attached by a string and physics will make both players control the direction.